We are always on the look out for quality staff to fill positions as trainers, responsible persons, fire officers, safety officers etc..

If you have experience in these sectors then why not join us by registering on our recruitment site and uploading your CV.

New positions are constantly advertised on our recruitment site and we take great care to support our members and place them in positions that suit both them and their prospective employers.

Whether you are looking for short or long term employment, full time or contract… 1st team recruitment is your first and last bookmark.

See you on the other side … 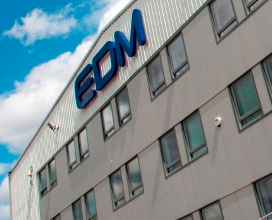 Running a Small to Medium sized Enterprise (SME) in the UK is not easy and requires a very special kind of balancing act. The kind of balancing act that can have you taking your eye off some of those balls that seem less important or non-mission critical. This can prove a very costly mistake in the long run. Health and safety compliance is one of those balls. But, it is far more mission critical than you may think. With the introduction of Fees for Intervention (FFI) in October 2012, the costs of ignoring your responsibilty for health and safety compliance, could prove to be the downfall of your business!! Read on….

To take an almost direct quote from the HSE: Modern day working standards requires every organization, regardless of it’s size, to follow certain rules and regulations regarding the Health and Safety of it’s employees. By following and maintaining those strict standards you as a business owner, or responsible person, can both elevate your company’s reputation in a very positive way whilst at the same time protecting it from major financial implications. Financial costs, such as those associated with lost productivity or healthcare, represents £6.0 billion in 2012/13 (HSE Statistics)

Yes, of course accidents DO happen, it’s a sad fact of life, but they can be avoided by ensuring that there is a sound Health and Safety Management policy in place. By maintaining Health and Safety Standards, not only are accidents avoided but the hefty penalties associated with them are also avoided. The introduction of FFI has caused the cost of these penalties to rise dramatically. Sadly, many employers, almost three years after their introduction, are still not aware of FFI! The costs can be huge, causing significant damage to a company’s bottom line or, in extreme circumstances, lead to the closure of the company.

Under FFI, employers that are shown to have contravened health and safety law must pay the HSE’s enforcement costs at the rate of £124 per hour until the breach has been rectified. In the first two months following the introduction of FFI, the HSE issued 1,419 invoices totalling £727,644. These figures are expected to rise as time goes on.

Clearly then it is in the interests of every business owner to ensure that health and safety procedures are not breached within their organizations. This adds a significant burden to the shoulders of managers and owners of SME’s. But, by putting in a place a few simple procedures, complience can be efficiently and cost effectively attained. Here are some points you may want to consider undertaking:

By taking the time to implement these procedures you will instill confidence in your employees and elevate the reputation of both your company and you as an owner or manager.

The 1st team Solutions website is a growing resource for free information and our experts are on hand to help you develop and implement your Health and Safety Management System. Our Risk Assessment service can include a full written health and Safety Policy. Feel free to contact us to discuss your requirements. We’ll be happy to help.

With more than 40 years experience in both Domestic and International sectors, you can rest assured you are in safe hands.